The 2018 Crystal Cabin Awards winners were announced on April 10th in Hamburg and included Bluebox aIFE as the winner in the IFEC category. Often called the ‘Oscars’ of the aircraft interiors industry, it is incredible recognition for both the innovation and the value of the solution as a cost-effective way to rapidly deploy accessible IFE for passengers with visual impairment. The Crystal Cabin Awards recognise the best aircraft cabin innovations from aviation industry manufacturers, independent designers, and university students.

Bluebox worked closely with Virgin Atlantic and the charity Guide Dogs in the development of the platform which was launched in November 2017, to ensure both the airline’s and passengers’ needs were met. All partners were excited to reach the Crystal Cabin Award finals and representatives from each took to the stage in Hamburg to accept the award. 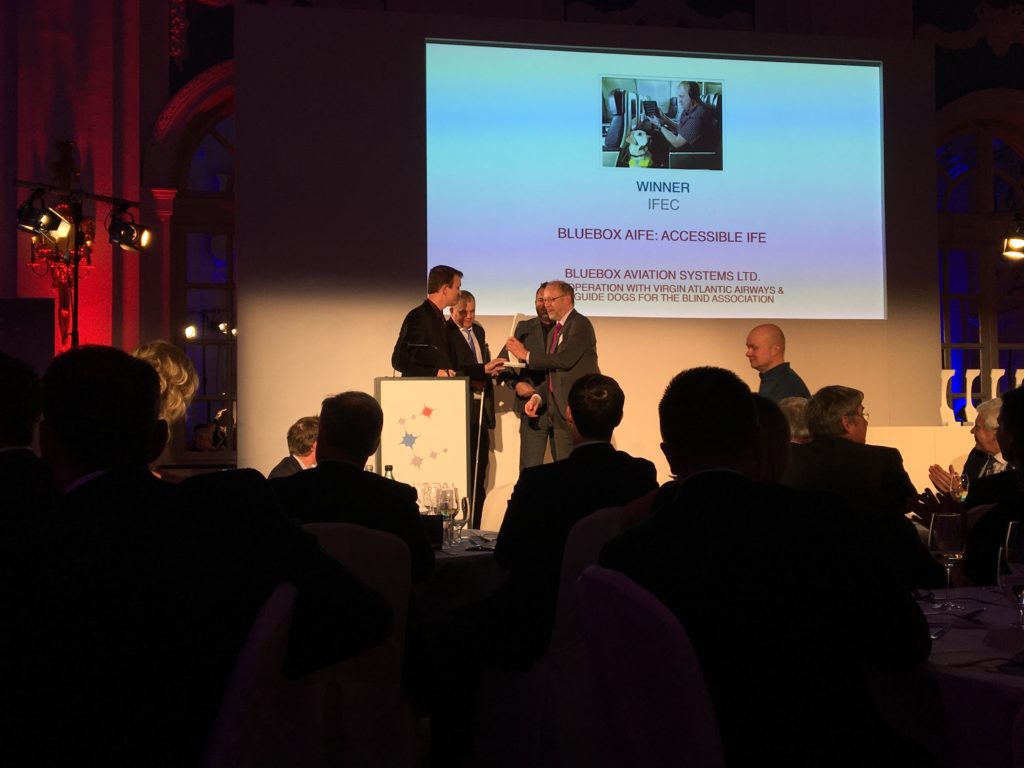 Photo shows David Brown, Bluebox, receiving the award from Joe Leader, CEO of APEX and one of the 28 Crystal Cabin Award judges, and joined on stage by Steve Pollard, Virgin Atlantic, and Paul Smith, Guide Dogs. 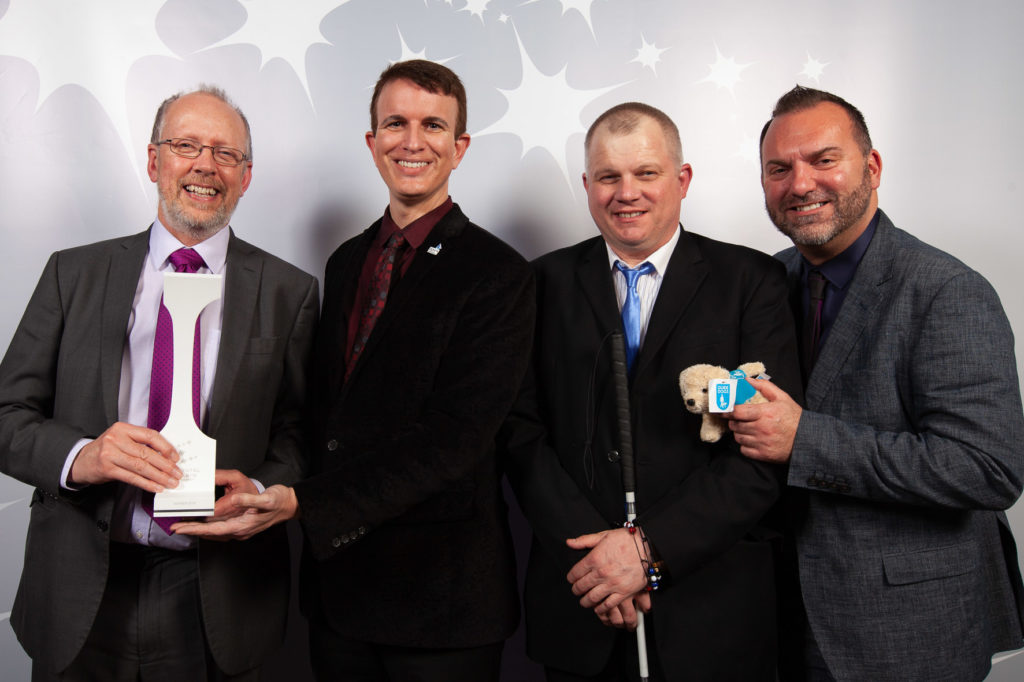 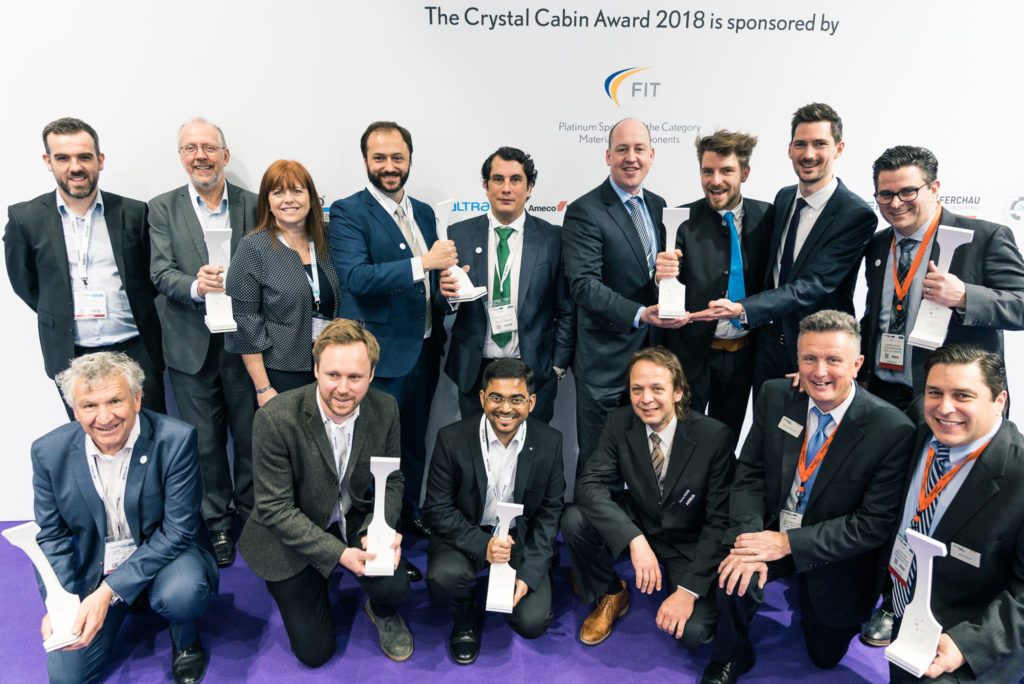 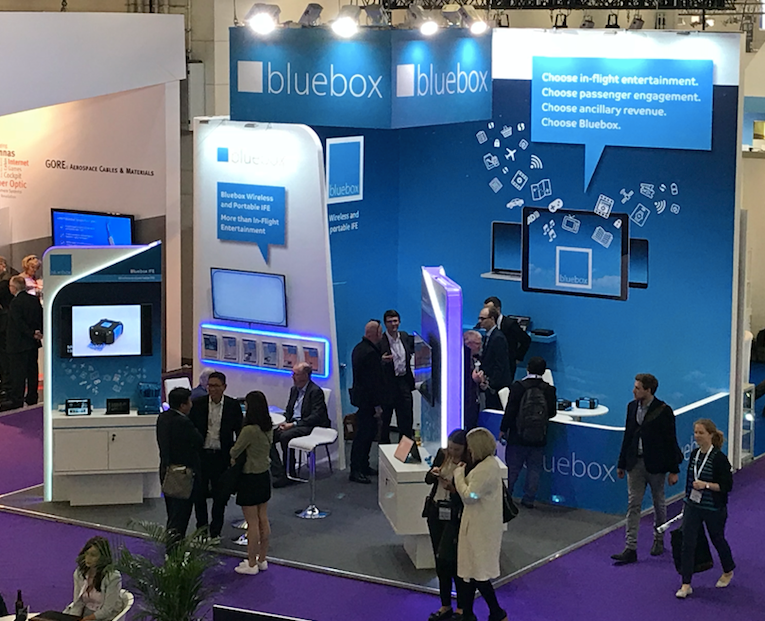 Bluebox was demonstrating its full portfolio of IFE systems including aIFE at the Aircraft Interiors Expo in Hamburg in April, and was thrilled to return with the new Crystal Cabin hardware. 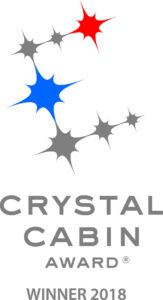 Virgin Atlantic deployed Bluebox aIFE on 1 December 2017, and have been entertaining passengers with visual impairments aboard flights serving destinations across North America, the Caribbean, Africa, China, India and the Middle East. Doing so made Virgin Atlantic the first global airline to make IFE accessible for passengers with sight loss across its entire fleet. Feedback from Virgin Atlantic flight service crews includes:

“I’ve just landed from the Caribbean and we had a blind passenger in Upper Class use the Accessibility iPad we now carry and he loved it. He was over the moon to be able to use it.”

“I give this out on most flights and wanted you to know how well it has been received by our customers. Feedback from my last customer was amazing. So good in fact that she says she will now choose to fly with us in the future based on the availability of the tablet and the care and compassion she receives from all teams from booking to baggage reclaim!” 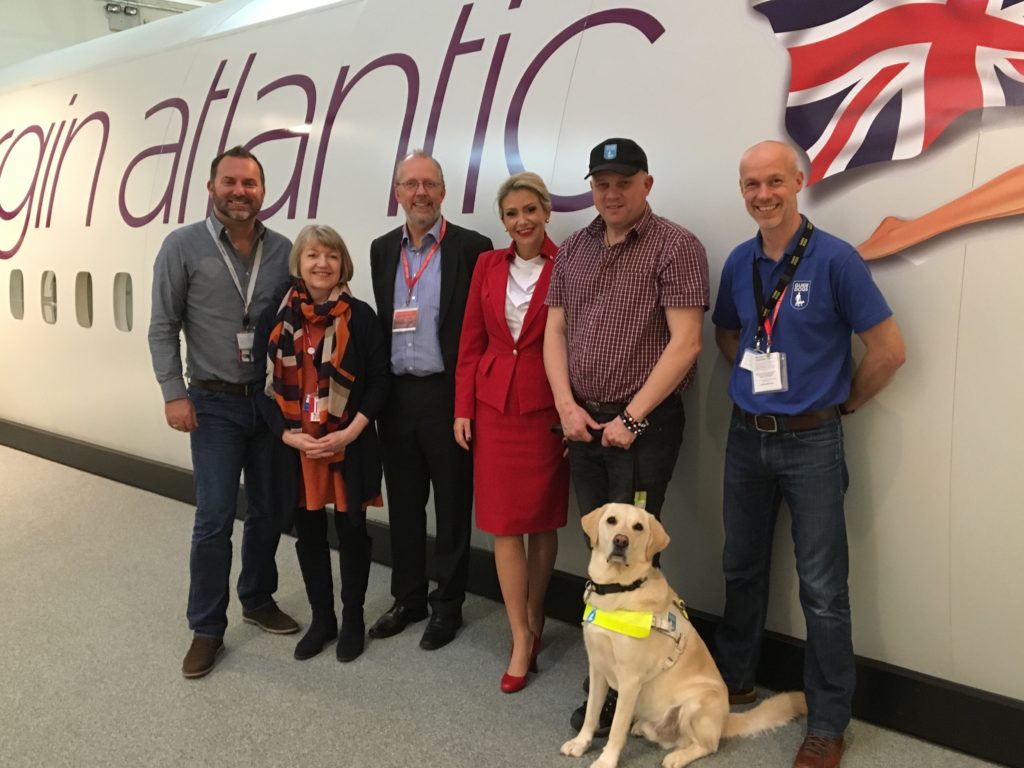