“As a low-cost platform, Bluebox Wow puts IFE as a channel for ancillary revenue within reach of LCCs,” said Kevin Clark, CEO, Bluebox. 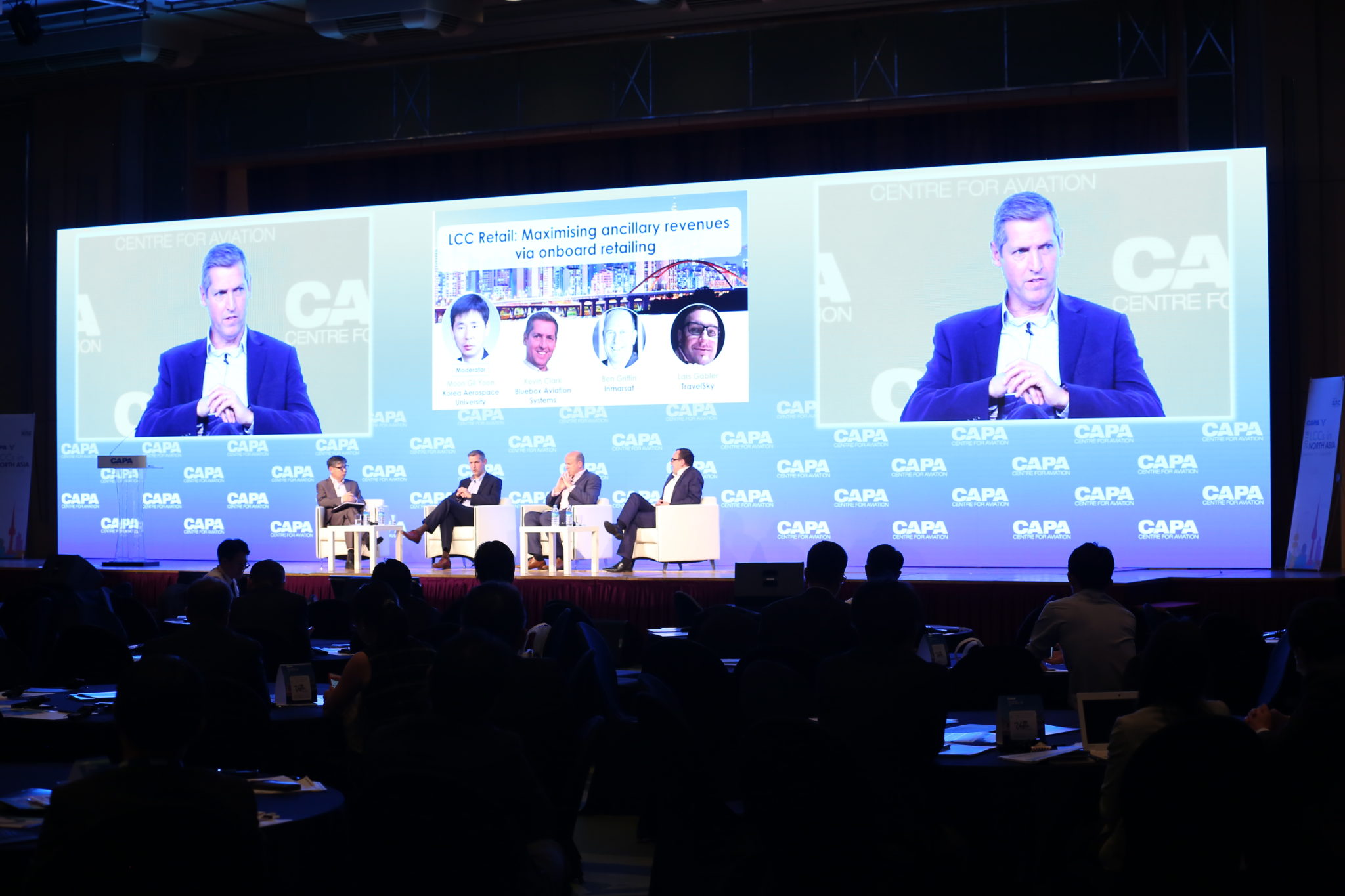 Kevin was speaking as part of a panel discussing ancillary revenues for Low-Cost Carriers (LCCs) at CAPA’s LCCs in North Asia Summit in Seoul.

With favourable economics and the ease of deployment, combined with the variety of content types available that suit shorter routes, Bluebox Wow not only offers passengers entertainment on board, but gives the airlines access to this ancillary revenue channel.

“Airlines can implement this technology at the pace that suits them best, either rapidly or gradually, due to the low costs, flexibility and simple installation process,” said Kevin.

Less expensive and faster to implement than seatback or even fitted wireless systems, Bluebox Wow offers airlines roughly the same advertising and retail capabilities as fitted systems, and gives passengers access to a wide range of entertainment as well as other services streamed to their own devices.

CAPA’s LCCs in North Asia Summit was held in Seoul, South Korea – one of the more advanced North Asian LCC markets – and addressed the key challenges and strategic issues facing LCC operators in North Asia as they seek further opportunities for growth.

Despite lacking the seat penetration rate of peers in other markets, with about 11% of seats within North Asia operated by LCCs compared with 56% in Southeast Asia and 40% in Western Europe, LCCs are beginning to flourish in this region. The LCC model may now be well understood here, but the operating environment is increasingly complex, competitive and interconnected. Long haul low cost, full service airlines adding LCC subsidiaries, and many other developments are high on the agenda.

LCCs are constantly looking at finessing their retailing and merchandising strategies – whether it’s during the booking phase, pre flight or on board, with relevant, timely offers that are easily accessible (preferably via mobile) and easy to pay for. This is especially important in today’s digitalised environment, where on board connectivity is virtually a must have and almost as critical for the traveller as getting to the destination.

How can airlines make full use of their connected and captive audience – and generate healthy ancillary revenues in the process?

Kevin participated in a panel discussion which addressed this and other questions such as: